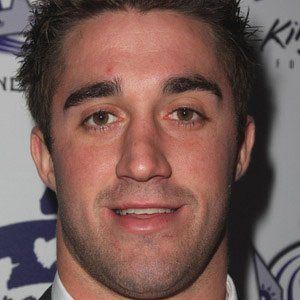 Winger who was drafted 132nd overall by the Phoenix Coyotes in 2002.

He used to play for the Augsburger Panther of the Deutsche Eishockey Liga.

He was born in Jefferson Hills, Pennsylvania.

He had a brief role in the film Tooth Fairy with Dwayne Johnson.

John Zeiler Is A Member Of