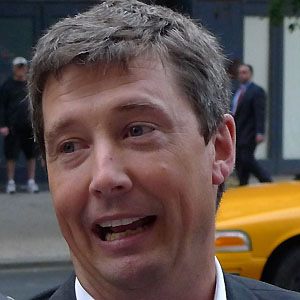 Radio host known for his work on The John Ziegler Show, a politically-themed talk show. Also a documentary filmmaker, he wrote, produced, and directed a project called Blocking The Path to 9/11.

In 1989, he graduated from Georgetown University with a degree in government and subsequently worked as a sports reporter for an Ohio television station.

He was born in Germany to American parents, and he grew up primarily in Pennsylvania. He later married Alison Kallik.

Arnold Schwarzenegger and many other political figures were guests on his popular radio show.

John Ziegler Is A Member Of