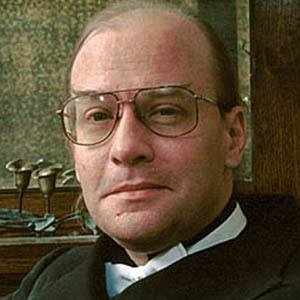 Science fiction and fantasy author and poet who is best known for Growing Up Weightless and The Last Hot Time. Known for his intelligence and wit, he wrote numerous literary parodies as well as poems in Shakespearean blank verse.

He belonged to the Science Fiction Club at his alma mater, Indiana University, Bloomington. In the late 1970s, he moved to New York to write for Isaac Asimov's Science Fiction Magazine.

His novels, The Final Reflection and How Much for Just the Planet, were based on the popular science fiction television series, Star Trek.

He was born and raised in Indiana. He and Elise Matthesen were long-term partners.

He was a fan of Douglas Adams.

John M. Ford Is A Member Of