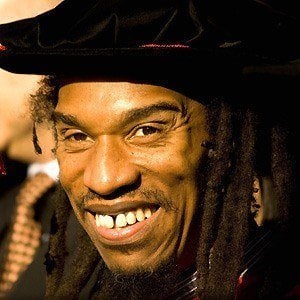 Rastafarian spoken-word poet who is best known for works such as Pen Rhythm, The Dread Affair: Collected Poems, and Funky Chickens. He released his internationally-acclaimed spoken-word album, Rasta, in 1982.

His poetry was influenced by his surroundings; he grew up in an Afro-Caribbean community in Birmingham, England. He began performing his rhythmical, spoken-word poetry at the young age of eleven.

He appeared on The Times' 2008 list of the 50 greatest English writers of the postwar era.

His parents were a Jamaican-born nurse and a Barbados-native postal worker. He married Amina Zephaniah in 1990; the couple divorced eleven years later.

He was influenced by singer Bob Marley.

Benjamin Zephaniah Is A Member Of