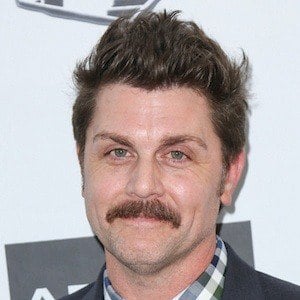 Actor who is most famous for his role as Detective Tim Cooper on the FX drama The Bridge. His big screen work includes such films as Pickin' & Grinnin' (2010), Saving Lincoln (2013) and Burning Dog (2017).

He grew up in the south and got his start as a country, bluegrass and gospel singer. He moved to Los Angeles, California in 2001.

In addition to starring in Pickin' & Grinnin', he wrote the film and performed several songs for its soundtrack.

He married Janine Joyce McMillan in 1998.

He co-starred with Matthew Lillard on The Bridge.

Johnny Dowers Is A Member Of