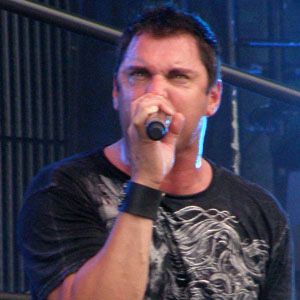 Hard rock singer who sang vocals for the band Crush 40 and who was also a member of the group Hardline.

His musical career started after he formed a band Phaze with his brother Joey.

He was born and raised in Brooklyn. He has a brother named Joey.

He and Mitchell Lucker are notorious metal singers.

Johnny Gioeli Is A Member Of