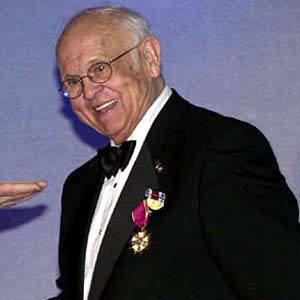 Hollywood producer who became the town's mayor and its biggest cheerleader.

He first visited Hollywood on leave from military service and never forgot the awe he felt looking around.

He worked to bring Hollywood to the farthest reaches of the world, including Guantanamo Bay, Cuba; war-torn Lebanon and Bosnia; South Korea; and Vietnam.

His family was residing in Goldsboro, North Carolina, when he was born.

He appeared as an M.C., a natural role for him, in the Jayne Mansfield picture The Girl Can't Help It from 1956.

Johnny Grant Is A Member Of