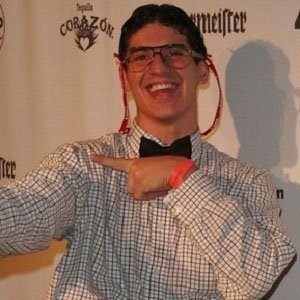 Remembered for his recurring role as Evan Ribisi on Nickelodeon's Just for Kicks, Palermo is also notable for his appearances in episodes of Everybody Hates Chris, How I Met Your Mother, and What About Brian.

During his time at New York's Webster Schroeder High School, he played on the school's state championship-winning football team. He went on to study cinematic makeup at the Art Institute of Pittsburgh.

Tragically, he and his girlfriend, Alessandra Giangrande, were killed in a 2009 automobile accident. He was just twenty-seven years old.

The child of Patricia Crawford and John Palermo and the sibling of Rick Palermo and Jennifer Alma, he was born and raised in Rochester, New York. At the age of twenty, he relocated to Los Angeles, California.

He played Frank DiPaolo, a classmate of comedian Chris Rock's character, on Everybody Hates Chris.

Johnny Palermo Is A Member Of