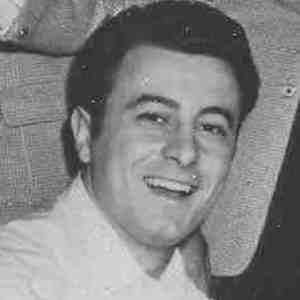 Famous for his 1960, internationally popular single "Running Bear," this American pop vocalist also released such chart-ranked 1960s songs as "Leave My Kitten Alone," "Cradle of Love," and "Feel So Fine."

During his high school years, he founded a rock group called The Shades. While performing with the band at a Texas music venue, he was discovered by J.P. Richardson ("The Big Bopper") and was invited to record "Running Bear."

After Preston died of heart failure in his early seventies, musicians Dickey Lee, Gene Bourgeois, and Johnny Tillotson performed a concert in his memory.

Born John Preston Courville, he grew up in Port Arthur, Texas, as a member of a family of Cajun heritage.

Johnny Preston Is A Member Of