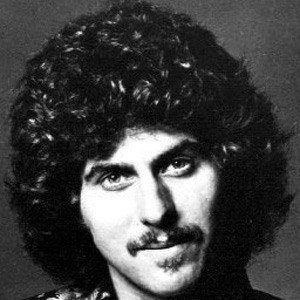 American rock 'n' roll singer and guitarist who sang "Mountain of Love," "Poor Side of Town," and "Memphis" in the late 1960s.

He was five when his family moved to Louisiana. He was playing guitar in various local bands by the time he was in junior high.

He was inducted into the Louisiana Music Hall of Fame in 2009.

His father played guitar and mandolin and was his earliest musical inspiration. He married Christi Marie Zabel and he has a daughter named Vanessa.

He wrote the song "Secret Agent Man," which was given a resurgence in popularity after being featured in the film Austin Powers, which starred Mike Myers.

Johnny Rivers Is A Member Of