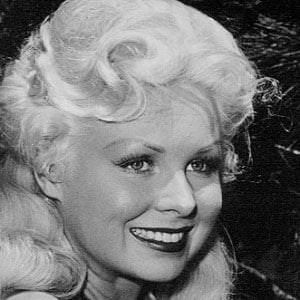 Remembered for her recurring roles on The Bob Cummings Show, Klondike, The Adventures of Ozzie & Harriet, and The Beverly Hillbillies, she is also famous for her modeling work; her performances as a nightclub singer; and her appearances in B-movies.

She started modeling during her teenage years and appeared in her first film, When a Girl's Beautiful, in 1947.

In the mid-1950s, she appeared in three episodes of December Bride.

Born Joy Brown, she grew up in Salt Lake City, Utah, as a member of a Mormon family. Following two brief marriages -- to Jerry Safron and -- she married her third husband, Stan Todd.

She appears in the famous first frame of Orson Welles' 1958 thriller Touch of Evil.

Joi Lansing Is A Member Of