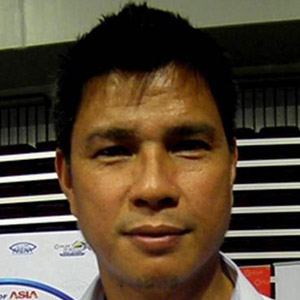 Former professional basketball player who won nine titles with the Alaska Aces in the Philippine Basketball Association. He was a PBA All-star nine times during his fifteen seasons in the league.

He came into the league as a member of the very first Purefoods TJ Hotdogs team and was named PBA Rookie of the Year in 1988.

He retired having made the third-most free throws in PBA history.

He has daughters with Butchick Sycip.

He and Benjie Paras were both named Rookie of the Year in the Philippine Basketball Association.

Jojo Lastimosa Is A Member Of