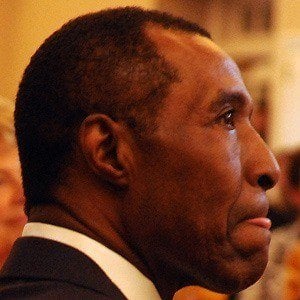 NBA guard who was selected as an All-Star seven straight times during his 13-year career. He helped the United States win a gold medal at the 1968 Summer Olympics and he won two NBA Championships with the Boston Celtics in the 1970s.

He played college basketball at the University of Kansas.

He was involved in what many consider to be the greatest game in NBA history in 1976: a triple-overtime playoff game between the Boston Celtics and Phoenix Suns.

He played alongside Hall of Fame center Dave Cowens on the Boston Celtics in the 1970s.

Jo Jo White Is A Member Of