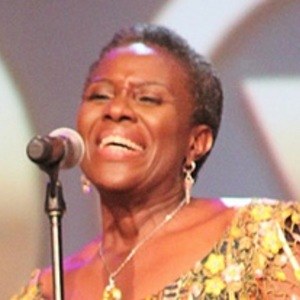 Nigerian actress, director, and businesswoman who is known for her appearances in film and television. She is known for her roles in the films 30 Days, The Amazing Grace, and White Waters. She is also known for having been honored as a Member of the Order of the Federal Republic.

She attended the University of Lagos and graduated with a degree in English. She then attended the Webber Douglas Academy of Dramatic Arts in London where she studied drama. She began acting in the early 1990's making her debut in the film Mind Bending. She earned major recognition in 2006 for her role in The Secret Laughter of Women.

In October of 2012, she was appointed a Goodwill Ambassador for the United Nations Office on Drugs and Crime. She specialized in the fight against human trafficking in Nigeria.

She married actor Olu Jacobson and together they had two children.

She starred alongside Colin Firth and Nia Long in the British-Canadian film The Secret Laughter of Women.

Joke Silva Is A Member Of