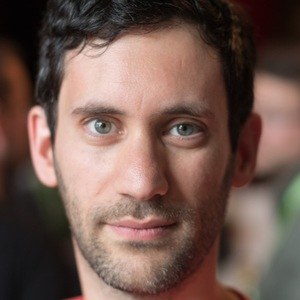 British artist known for his doodling style, which has been exhibited at the likes of The Victoria and Albert Museum. He's worked with a variety of major brands, including creating an air sickness bag for Virgin Atlantic.

He attended Nottingham Trent University, where he graduated with a degree in fine art in 2001.

His artwork has earned him more than 110,000 followers on Instagram.

He grew up in England but later moved to New York.

He appeared on Blue Peter in 2008, when Andy Akinwolere was a host.

Jon Burgerman Is A Member Of