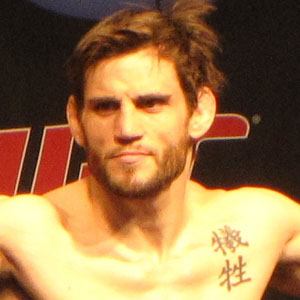 World Series of Fighting star was ranked the #6 welterweight in the world by Sherdog in 2013.

He earned a degree in Physical Education from Purdue University in 2002.

He had a shot at the UFC Welterweight title in 2009, but lost by unanimous decision.

Jon Fitch Is A Member Of