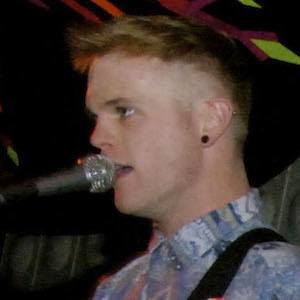 Vocalist, guitarist and pianist best known as the frontman for the English rock band Fort Hope. He and the band achieved commercial and critical success with their full-length debut, Courage, which cracked the top ten on the U.K. Rock charts in 2014.

He was originally a member of the electro-rock band My Passion along with drummer Jamie Nicholls and bassist Simon Rowlands, who joined him in Fort Hope in 2013.

He and Fort Hope were nominated for the Best British Newcomer award at the 2015 Kerrang! Awards.

He has a sister named Victoria.

He toured with singer and guitarist Frank Iero in 2014.

Jon Gaskin Is A Member Of