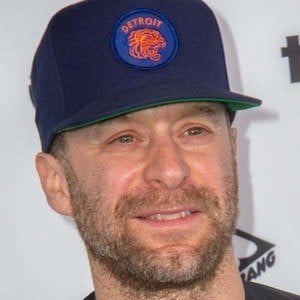 American comedian, writer, and actor best known for creating the Adult Swim show Delocated and for playing Councilman Jamm on NBC's Parks and Recreation. He has also appeared in several episodes of HBO's Girls and he played a supporting role in the 2015 film Trainwreck.

He was raised in Michigan and attended the University of Michigan.

He received 5 Emmy nominations for writing for Late Night with Conan O'Brien.

He wrote a satirical book "My Dead Dad Was in ZZ Top" about how his deceased father was once in the famous rock and roll band.