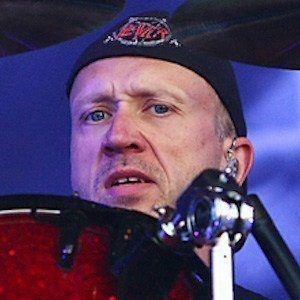 Drummer known for being one of the original members of the metal band Volbeat. They have gone platinum in Denmark, Finland, Sweden, and Austria.

He joined the band when it was formed in 2001. They released their first album in 2005.

Their albums Outlaw Gentlemen & Shady Ladies and Seal the Deal & Let's Boogie were top ten hits throughout Scandinavia and the United States.

He grew up in Denmark.

He and Michael Poulsen have played together in Volbeat.

Jon Larsen Is A Member Of