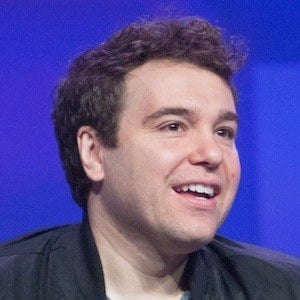 Screenwriter and producer who first became known as one of the creators behind the short-lived comedy series 1600 Penn. He then went on to work as a writer/producer for HBO's The Newsroom.

He began his career as a speech writer for politicians like John Kerry, Hillary Clinton, and then-President Barack Obama. He transitioned to screenwriting shortly before Obama's re-election campaign.

He is the co-founder of Crooked Media and has hosted the podcasts Keepin' it 1600, Pod Save America, and Lovett or Leave It.

Raised in a Reform Jewish family in Woodbury, Long Island, his family operated a box factory started by his grandfather.

He worked with Josh Gad to develop the half-hour comedy 1600 Penn.

Jon Lovett Is A Member Of