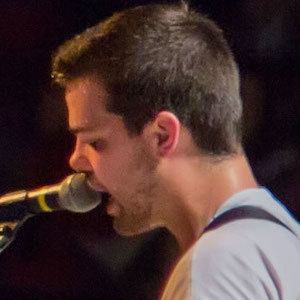 Vocalist and guitarist for the five piece Pennsylvania-born rock band Balance and Composure. The group has released two albums, Separation in 2011 and The Things We Think We're Missing in 2013, since they formed in 2007.

Balance and Composure came together from the dissolution of two separate bands in Doylestown, Pennsylvania in the winter of 2007.

Balance and Composure has released almost half a dozen EPs since their inception including I Just Want to Be Pure and Acoustic 7".

Both he and Train's Patrick Monahan are rock singers from Pennsylvania.

Jon Simmons Is A Member Of