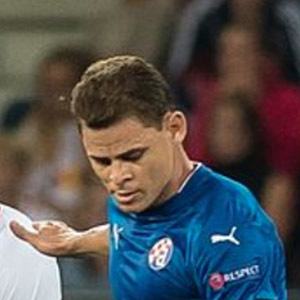 Defensive midfielder who has gained fame for his international club career, including for Flamengo between 2015-2018. He spent the 2017 season on loan with Coritiba, with whom he won the Campeonato Paranaense.

He played in Piauí's youth academy between 2009-2011. He was given a motorcycle in exchange for signing with the club.

He signed with Al-Ittihad of the Saudi Professional League in 2018. He previously played for top flight club Dinamo Zagreb in 2016.

He was originally born and raised in Teresina, Brazil.

He and Juan Silveira dos Santos have played as teammates for Flamengo.

Jonas Gomes de Sousa Is A Member Of