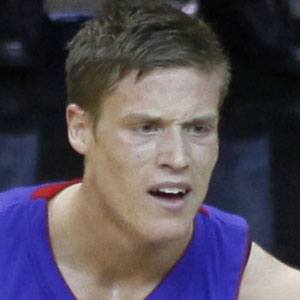 Swedish NBA forward who began his career with the Detroit Pistons in 2009.

He began playing professional basketball in Sweden in 2005.

He won a Championship with Plannja Basket in Sweden's premier league in 2007.

He is the son of former Syracuse University basketball player Chris Jerebko.

He began playing alongside Greg Monroe on the Pistons in 2010.

Jonas Jerebko Is A Member Of