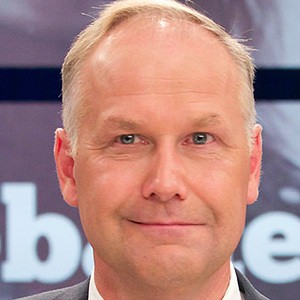 Swedish politician who has gained fame as the head of the Left Party, a position he gained in 2012. He previously was elected to Sweden's parliament in 2010 representing Västerbotten.

He began his professional career as a metalworker. He rose to prominence politically as a union leader during the 1990s.

He was elected as a Member of the European Parliament in 1995. He has also a member of Socialist Party USA.

His wife is Swedish diplomat Ann, with whom he shares three children.

He and Jimmie Akesson have debated one another.

Jonas Sjostedt Is A Member Of