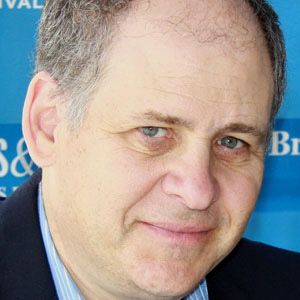 Newsweek editor, NBC News correspondent, bestselling writer, and radio personality. His popular published works include The Defining Moment: FDR's Hundred Days and the Triumph of Hope and The Promise: President Obama, Year One.

While attending Harvard during the 1970s, he edited the university's Harvard Crimson publication.

After surviving lymphoma with the help of a stem cell procedure, he publicly voiced his criticism of President George W. Bush's stance on stem cell research.

His marriage to Emily Lazar resulted in two daughters and one son (all born between 1990 and 1993).

His wife worked as a producer for Stephen Colbert's popular political satire program, The Colbert Report.

Jonathan Alter Is A Member Of