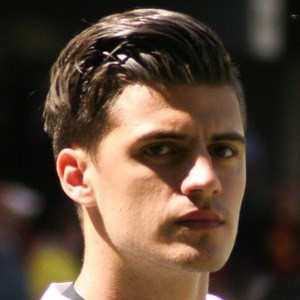 Goalkeeper who is famous for his career in the English club soccer system, including for Watford between 2010-2015. He spent spells on loan with Brackley Town and Forest Green Rovers before signing with Reading FC in 2015.

He began his youth soccer career in 2010. He first joined Watford's youth academy.

He has represented Wales internationally at the U-17 and U-19 levels. He subsequently changed his home country allegiance in 2013 to England.

He was originally born and raised in Hemel Hempstead, England.

He and Vito Mannone have played alongside one another for Reading FC.

Jonathan Bond Is A Member Of