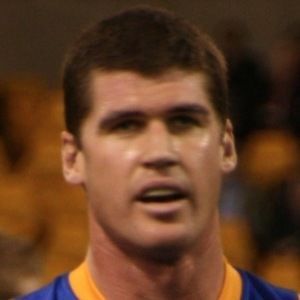 Defensive end who played in the NFL for the Green Bay Packers, Denver Broncos, and St. Louis Rams and later became a two-time All-Star in the Canadian Football League.

He was born in Chickasha, Oklahoma.

Quarterback Brett Favre was his teammate on the Packers.

Jonathan Brown Is A Member Of