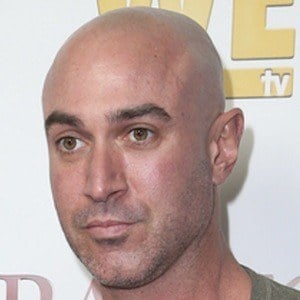 Fitness expert who is featured alongside his wife Eva Marie on the E! Network reality show Total Divas.

He graduated with a Bachelor's degree in Business Management from California Polytechnic State Institute, a MBA from Hope International University, and a law degree from Western State University.

He has appeared in publications such as UFC Magazine, Vanguard MMA and Iron Fist Athletic and starred in a Nike campaign.

He was born in Northern California during a terrible storm. He grew up in San Francisco and Dublin, Ireland, holding dual citizenship. He married Eva Marie in August 2014.

He appears on Total Divas with Brie Bella.

Jonathan Coyle Is A Member Of