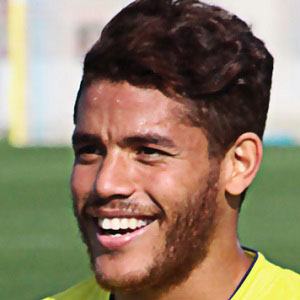 Mexican midfielder who joined FC Barcelona and Mexico's national team in 2009. He played for Spanish club Villareal CF in 2014 up until 2017 when he joined LA Galaxy.

He was raised with four brothers, including fellow midfielders Giovani and Eder.

Jonathan dos Santos Is A Member Of