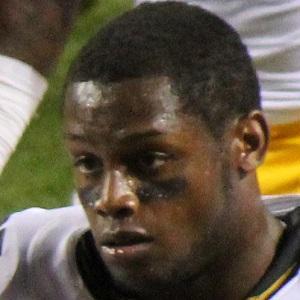 American football running back who was drafted by the Steelers in the sixth round of the 2010 NFL Draft. In 2008, he was the ACC Player of the Year.

He played college football at Georgia Tech and was the backup for .

He had to lose weight to remain on the Steelers' roster at the beginning of the 2012 season.

He married Kayla Dwyer, and they have a son named Jonathan Dwyer.

He and Heath Miller both played football for the Pittsburgh Steelers.

Jonathan Dwyer Is A Member Of