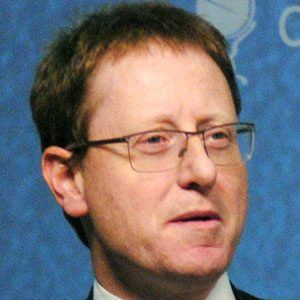 English journalist who wrote for The Guardian and The Jewish Chronicle and contributed to The New York Times.

He attended Wadham College, Oxford, and subsequently worked as a BBC news reporter; in 1992, he became a staff writer for The Washington Post.

He won numerous journalistic awards, including the 2008 David Watt Prize; while working as a journalist, he also wrote thriller novels under the pen name of Sam Bourne.

His father, Michael Freedland, was also a journalist.

He and Gregg Wallace both hosted programs on BBC Radio 4; Freedland was the presenter of The Long View, a history show.

Jonathan Freedland Is A Member Of