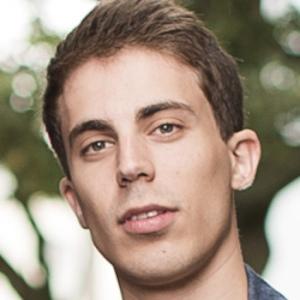 Member of the British rock band Area 11 who were discovered by the YouTube broadcasting group The Yogscast.

He is an original member of the band, coming together with Sparkles, Alex Parvis, and Leo Taylor to form the group in 2010 in Nottingham.

He performed on the Area 11 album All the Lights in the Sky which peaked at #75 on the UK Album chart and at #2 on the UK Breakers chart.

He performs alongside Alex Parvis in Area 11.

Jonathan Kogan Is A Member Of