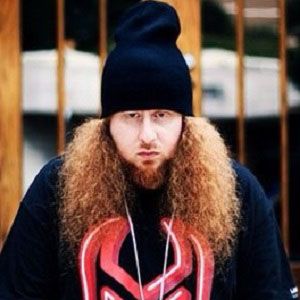 Born Jonathan McCollum, but more commonly known to his fans under the stage name Rittz, he is a rap artist who signed with Tech N9ne's Strange Music in 2012.

Looking for a career in music early on, around 2003 after several failures, he was about ready to quit the rap game even after winning Battlegrounds on Hot 107.9.

In 2013, he released The Life and Times of Jonny Valiant and followed it with a 2014 release called Next to Nothing.

He was born in Waynesburg, Pennsylvania and moved to Gwinnett County, GA when he was 8 years old. His parents loved rock and roll music, and so they put instruments in his and his siblings hands at an early age.

Just as he was about to call it quits, Yelawolf contacted him and helped him revitalize his career.

Rittz Is A Member Of