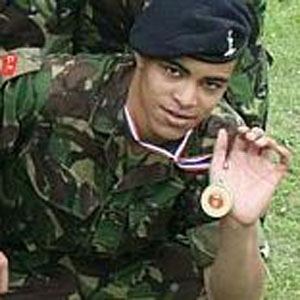 British boxer in the light welterweight and light heavyweight divisions.

He was a member of the Army Cadet Force and joined the Parachute Regiment.

He was featured in an award-winning short film for the BBC.

He is related to former rugby footballer and coach Ellery Hanley.

He and Duke McKenzie are both English boxers who have fought in the light welterweight division.

Jonathan Oakey Is A Member Of