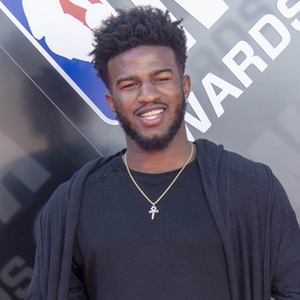 Power forward/center who was selected 38th overall in the 2017 NBA Draft. He won the 2018 NBA Championship as a member of the Golden State Warriors.

He played college basketball at the University of Oregon, helping the team reach the Final Four of the 2017 NCAA Tournament.

He is from Los Angeles, California. His mother's name is Carolyn Gray.

He and Klay Thompson became teammates on the Warriors.

Jordan Bell Is A Member Of