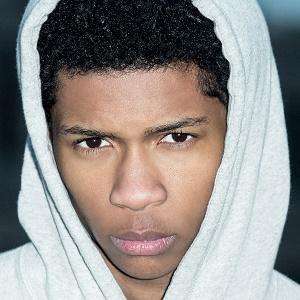 Singer-songwriter, multi-instrumentalist and producer who released the critically acclaimed mixtape The Grey Area and debut single "Danger 3" in 2014.

His first moment in the spotlight was performing a solo on stage at the Lincoln Center. His first instrument was the drums, followed by piano, organ, guitar, bass and clarinet.

He booked notable roles on Broadway stages when he was just eleven years old.

He is a native of New York. He joined the choir in Kindergarten due to the encouragement of his musical family. He used to perform with his dad's band.

He worked with Grammy-award winning producer 88-Keys on The Grey Area. 88-Keys has also worked with Kanye West, and .

Jordan Bratton Is A Member Of