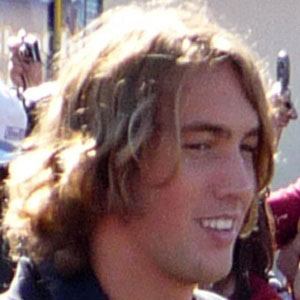 Pro tight end who made his NFL debut with the Cleveland Browns in 2011 after a solid college football career at USC. He spent four years with the Browns, then signed with the Miami Dolphins in 2015.

He played football, basketball, and volleyball at Newbury Park High School in California.

He was initially used as a wide receiver at USC before moving to tight end.

His older brother played football and was signed by the Carolina Panthers, and his sister played basketball at USC. He began a relationship with model Erin Heatherton in 2013.

He became teammates with quarterback Colt McCoy on the Browns.

Jordan Cameron Is A Member Of