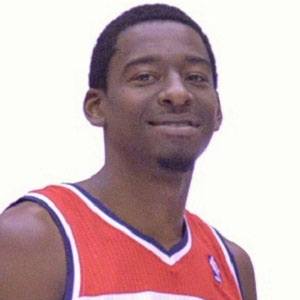 Guard who entered the NBA with the Atlanta Hawks in 2010; played for the Washington Wizards and Boston Celtics before a trade in early 2014 sent him to the Golden State Warriors.

He played a year of college basketball at Indiana before transferring to Xavier amid the Kelvin Sampson controversy.

He achieved a big moment of fame after dunking on LeBron James in the summer of 2009 while still in college.

He was born to Joseph Sr. and Sylvia Crawford.

He briefly played alongside Kevin Garnett on the Boston Celtics at the end of the 2012-13 season.

Jordan Crawford Is A Member Of