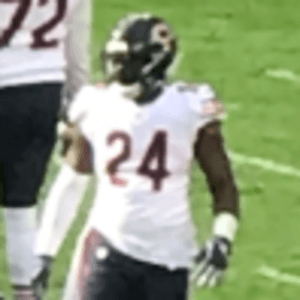 Fifth round draft pick of the Chicago Bears who supplanted Jeremy Langford atop the Bears depth chart in his rookie season in 2016. He finished his rookie year with the second most running yards (1,313) of any ball carrier, finishing only behind fellow rookie Ezekiel Elliott. In 2019, he was traded to the Philadelphia Eagles.

He was a First-team All-Conference USA running back for the Alabama-Birmingham football program before it was shut down. He transferred to Indiana before the 2015 season.

He was born to parents Flora Williams and Dr. Reginald Bernard Howard. He lost his father in 2007 to pulmonary fibrosis.

He was drafted by the Bears to replace the franchise's former long-time running back Matt Forte.

Jordan Howard Is A Member Of