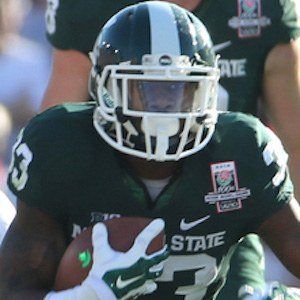 Running back who was a 4th round pick of the Chicago Bears in 2015. He played three years of college football at Michigan State University.

At John Glenn High School, he played football and ran track, competing as a sprinter for his school's track & field team.

He was raised in Wayne, Michigan by Shamine and Jeffrey Langford.

He was coached by John Fox as a member of the Chicago Bears.

Jeremy Langford Is A Member Of