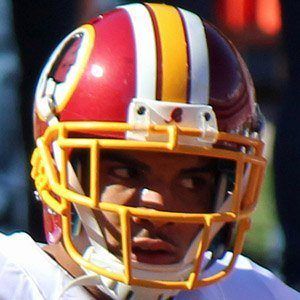 Tight end who made his NFL debut in 2013 for the Washington Redskins.

He played for four years at the University of Florida, where he was a second-team All-SEC selection as a senior.

His younger brother, David Reed, also played in the NFL.

He began his career catching passes from Robert Griffin III.

Jordan Reed Is A Member Of