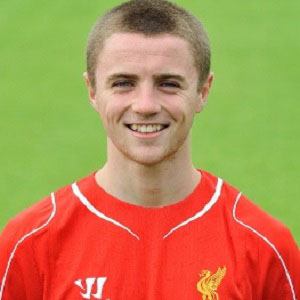 English midfielder who began his senior career with Liverpool in 2014. He began playing for England at the international level in 2012.

He was named the Liverpool Academy Player of the Year for the 2013-14 season.

He comes from a soccer family, his dad having been a player himself.

He has played with Steven Gerrard in Liverpool.

Jordan Rossiter Is A Member Of