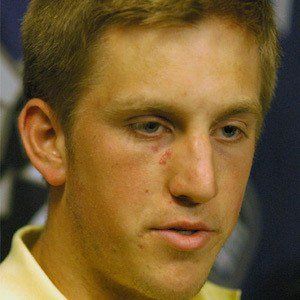 Right-handed center in the National Hockey League who began playing for his hometown Minnesota Wild during the 2014-2015 season. He was initially drafted by the Vancouver Canucks and played with them between 2012 and 2014 before heading to the AHL for a stint, and finally getting back to the NHL with the Wild.

He spent a couple of season with the U.S. National Team Development Program before playing with the Minnesota Golden Gophers where he was named the Western Collegiate Hockey Association Rookie of the Year in 2009.

He helped the United States take gold at the World Junior Championships in Canada in 2010.

He was born to parents John and Deb Schroeder in Prior Lake and moved to Lakeville, MN when he was 13 years old. He has a younger brother named Zach and younger sister, Elly, who also play hockey.

He was a teammate of Thomas Vanek with the Minnesota Wild during the 2014-2015 season.

Jordan Schroeder Is A Member Of