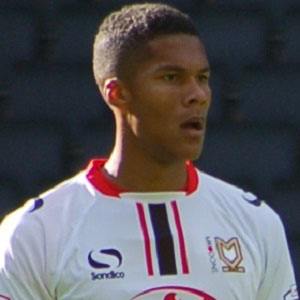 English footballer who played for Milton Keynes Dons on loan from West Ham United. He has played mostly as a right-back, but has also played as a center-back.

He captained the England U16s to the Victory Shield in November 2005.

He was born and raised in Woodford, London, England. In 2014, he married actress Naomi Scott.

He and Joe Cole both played soccer for West Ham United.

Jordan Spence Is A Member Of