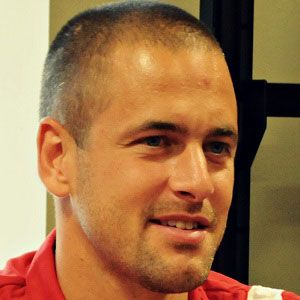 Midfielder who joined West Ham United in 2013, after spending three seasons with Liverpool and seven seasons with Chelsea FC. He was a member of the English national team from 2001 to 2010.

He played in the West Ham United youth system from age 13 to 17, before making his pro debut in 1998.

He received Man of the Match honors while playing for the English national team in a game against Sweden at the 2006 FIFA World Cup.

He married Carly Zucker in June, 2009. The couple had a daughter named Ruby and a son named Harry together.

Joe Cole Is A Member Of