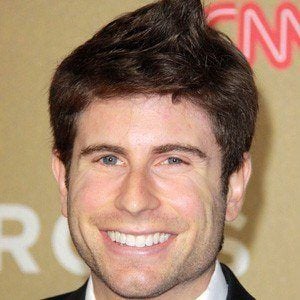 Dark-eyed actor who is best known for playing Daniel Green in the A&E drama The Glades.

He broke into the entertainment industry with a role in the 2007 short, Rock Harder.

He is known for film roles in The Summoning and The Scared.

He and his sister Alona were raised in Clearwater, Florida.

He acted alongside Sara Rue int he 2011 TV movie The Future Boyfriend.

Jordan Wall Is A Member Of