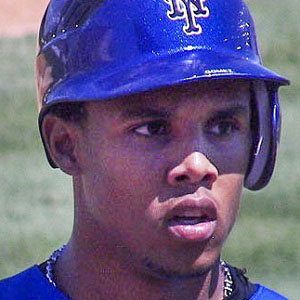 Speedy MLB center fielder who debuted with the New York Mets in 2007. He was a two-time All-Star as a member of the Milwaukee Brewers in 2013 and 2014. In 2016, he signed with the Texas Rangers.

He signed a contract with the New York Mets at the age of sixteen.

He earned the nickname 'Go-Go' as a result of his amazing base running speed.

He married Gerandy Gomez in 2007 and the couple has two sons named Yandel and Yadiel.

He was teammates with Prince Fielder for the 2010 and 2011 seasons.

Carlos Gómez Is A Member Of