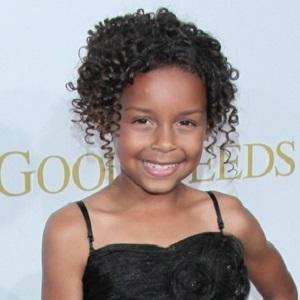 Though perhaps best known for her childhood role as Ariel in the 2012 film Good Deeds, this American entertainer also appeared in several episodes of both the Syfy channel show Eureka and the web series Fake It Til' You Make It.

She began her acting career at the age of four. During her early childhood years, she appeared in commercials for Old Navy, Target, McDonalds, and other major brands.

She played the role of Billie in an independent film titled Should've been Romeo.

Jordenn Thompson Is A Member Of