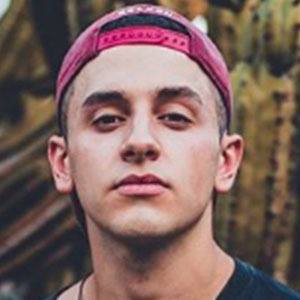 Spanish YouTube star who is widely known for his Guerrerojah channel. He has gained popularity there for his daily vlogs, as well as his cutting shapes house dance video compilations.

One of his most popular YouTube videos, "How to Shuffle | ( Cutting Shapes Tutorial #1 Advanced ) - Guerrero Jah (KONIJNENDANS) Led Shoes," has amassed more than 250,000 views.

He has frequently featured his long-time girlfriend and fellow social media star Joana Navarro on his YouTube channel.

Jordi Guerrero Is A Member Of