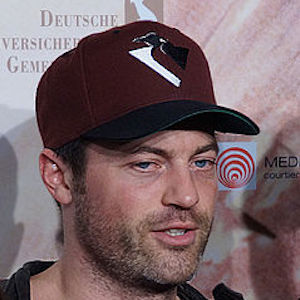 German actor who is known for short films, feature films, and television series. He is best known for playing Kevin Kruppka in the 2017 series Heldt and for playing the role of Ben Steinkamp in Alles was Zahlt.

He began studying acting in 2004 at the drama school Kassel. He made his acting debut in the 2006 short film Flying and Falling. His first major recurring role was in the 2010 series Alles Was Zahlt.

Prior to his career in acting, he trained as a pilot for the German Armed Forces.

He was born and raised in the northern Hessian Fritzlar.

He starred alongside Janine Kunze in the comedy series Heldt in 2013.

Jorg Rohde Is A Member Of